Careful with under 3 year olds

Digital media are detrimental for their speech development

The baby needs first copying the physical speech activities of a real person, before being able to then recognize digital sounds. 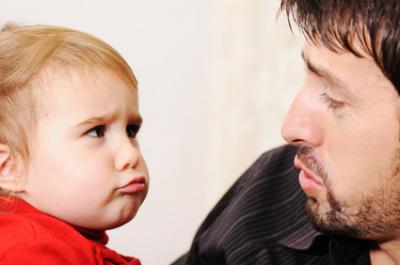 When listening to a person in front of us, our mirror neurons are imitating automatically within our own body all the activities that are happening in the lips, the tongue, the larynx etc. that are active in front of us. Already the mere listening to the parent’s voice therefore trains the baby’s physical speaking dexterity. As electronic devices have no lips, tongue nor larynx to copy, the listening to digital media is not only useless to a young child, but keeps the child’s attention in a drowsing state without being able to identify any of the sounds. During this time the child misses to pay attention to the living opportunities around, which results in serous deficits of their speech develop-ment (Prof.Spitzer):

“An important American pediatric study with more than a thousand babies investigated in 2007 on the effect the “Baby-Einstein” DVD had on the babies’ speech development. While the Disney Concern was successfully selling it from 2003, expecting babies to become a speech genius, the effect of listening to the DVD was actually double as negative as the effect of parents reading to their children had been positive compared to the control group ! ” Study: Media Viewing and Language Development under age 2.

“In California 9 to 11 month old babies were able to learn Chinese sounds from a Chinese woman. The group which listened to the same woman on video did not learn anything” 2 Studies: Foreign language experience in infancy. 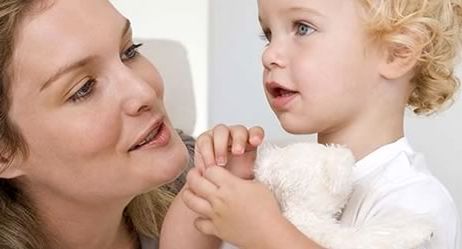 However, listening to sounds while simultaneously imitating the activity of a speaking mouth in front of you, is a classical conditioning. This means, after a while the mere hearing of a specific sound will automatically trigger the body activities which used to accompany this sound. Then the physical presence of another body to copy is not needed anymore. This happens at the age of 3 up to 5.
Once the langue which is spoken in the child’s environment has well settled this way in the child’s body, the brain starts closing down the connections of other sounds that have not been used (called “critical phase”: use it or lose it).

This is why learning a language perfectly and without accent is easy at a young age and why it becomes more difficult later.
This “use it or lose it” is also the reason why native speakers of languages that cover a wide range of sounds and pitches (such as for example Russian and Dutch) are more at ease with learning foreign languages, whereas for example for native French or English speakers, learning a foreign language is much harder. In particular these two languages cover only a quite narrow spectrum: French divided in some high and some low pitches, English ranges in the middle. When listening to English people who are trying to speak French (or the other way round), you may notice that there is a lack of ability for seizing the sounds of the other language correctly.


Impressum – Datenschutzerklärung
© 2013 iTongue
N° 2013-1-DE2-GRU06-16304
« iTongue: our Multilingual Future» has been funded with support from the European Commission. This publication reflects the views only of the respective authors, and neither the Commission nor the project partners can be held responsible for any use which may be made of the information contained therein.

We use cookies on our website. Some of them are essential for the operation of the site, while others help us to improve this site and the user experience (tracking cookies). You can decide for yourself whether you want to allow cookies or not. Please note that if you reject them, you may not be able to use all the functionalities of the site.